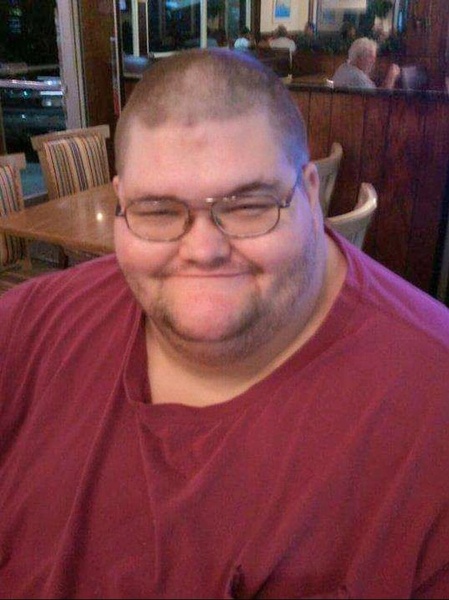 Chad had a big dream of being a truck driver but was disabled. He enjoyed working on computers/electronics. Chad had many interests and hobbies: big-rig semi-trucks, airplanes, talking on C.B. radios, video games (especially Flight Simulator) and hanging out with friends at the Cadillac Restaurant. He had several beloved pets, mainly cats and dogs, through the years. He will also be remembered for enjoying a good, spirited argument!

The funeral service will be at 2:00 PM, Thursday, June 30 at Glenn Funeral Home and Crematory where visitation will be from 11:00 AM until the time of service. Rev. Paul Gatewood will officiate. Burial will be at Greenbrier Baptist Church Cemetery.

Memorial contributions may be made to the Society of St. Vincent DePaul, 200 East 18th Street, Owensboro, KY 42303.