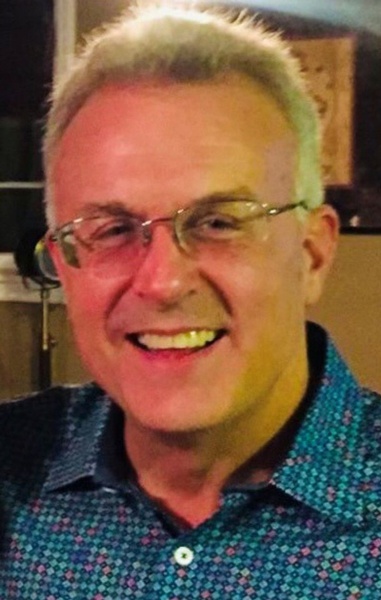 Billy Eugene Richeson, 60, of Nashville, Tennessee, passed away on January 12, 2022, at Tristar Skyline Medical Center in Nashville, surrounded by his family. He was born December 15, 1961 in Owensboro to the late Bill and Jonell Richeson.

Bill was a graduate of Owensboro Catholic High School and Murray State University, where he earned a degree in theatre. He later returned to college to pursue a career in occupational therapy. He worked the majority of his career at Tristar Skyline Medical Center, where he was a beloved member of his work family and known for his kindness and humor. Bill was a member of Nashville in Harmony, where he enjoyed, not only performing, but also the fellowship and friendships he made. Bill's interest in acting was rekindled in recent years and he was in several local productions. Some of his favorite activities through the years were boating, singing in his church choir, and hosting large celebrations for family and friends. He was a talented jewelry maker and previously owned a small business selling his creations. Of all his accomplishments, what Bill described as his greatest and his greatest joy, was being a father to his son, Danny. All who knew Bill, knew that he loved his family deeply. Bill leaves a legacy of light and love that will shine forever.

A memorial service will be held Noon Saturday, January 22 at Glenn Funeral Home and Crematory with visitation from 10 AM until Noon at the funeral home. A Celebration of Life will be held at a later date in Nashville.

Expressions of sympathy may take the form of contributions to Owensboro Catholic High School, 1524 West Parrish Avenue, Owensboro, KY 42301. Memories and condolences to the family can be shared at www.glenncares.com.