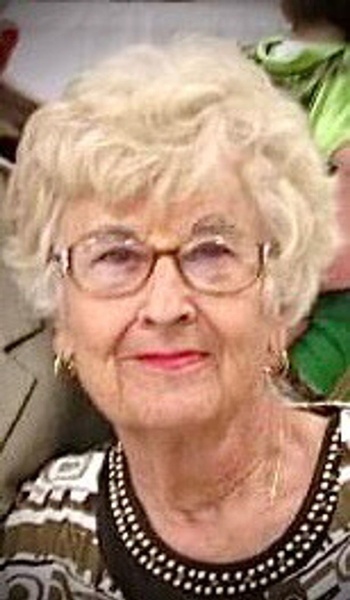 Abbie Catherine Hawes Mercer, 91, entered her eternal rest Wednesday, March 30, 2022, at her earthly home in Owensboro, KY, beside her husband of 73 years, Lindy Mercer. She was born September 17, 1930, to Benjamin Taylor Hawes and Dorothy Horn Hawes. Abbie graduated from Daviess County High School in 1948, where she met Lindy, the love of her life, and they were married October 30, 1948.
Abbie was a strong, determined woman who not only raised a family, but also had a career in the world of business. She and Lindy owned Daviess County Sand and Gravel, MercerMat Foundation, and currently Hawesway, Inc. Abbie also had an interest in politics and ran for Ky State Representative nearly 60 years ago. It was very rare for a woman to run for office at that time, especially in a Republican primary in Daviess County. Abbie came in second in the primary, but that did not deter her steadfast interest in politics. Like her mother Dorothy, Abbie had a love for gardening and was a member of the Owensboro Garden Club, serving as president from 2002-2005. She even had her own vegetable garden until she was 90 years old when a broken hip interfered with her gardening skills. Her love for her rose bushes and their beautiful blooms, though, stayed with her until the end.
Most importantly, though, Abbie loved her church, Third Baptist. She was very active with Sunday School, WMU (Women's Missionary Union), and served on various committees throughout the years. She loved telling others about Christ, her Savior, and for many years helped Lindy with a weekly service at Hawesway Truckstop. Since she was gifted at caring for others who were sick or widowed, Abbie took care of her own mother for many years and loved providing meals or having those without families in her home for the special family dinners she often prepared. Her hospitality was appreciated by all who became acquainted with her.
Abbie was preceded in death by her parents and an infant daughter, Laura Elizabeth Mercer.
Her survivors include her husband, Lindy Lee Mercer; a son, Benjamin Hawes (Carol) Mercer of Owensboro; a daughter, Carolyn (Roy) Adams of Owensboro; two grandsons, Ben (Carla) Mercer of Owensboro; Sterett (Daniela Blettner) Mercer of Burnaby Mountain, British Columbia, Canada; two granddaughters, Laura (Luke) Alexander of Owensboro; Margaret (Shane) Martin of Owensboro; seven great-granddaughters; five great-grandsons; and four great -great-grandchildren.
The family wants to thank all of the caregivers and Hospice for their excellent care of Abbie. Memorial contributions may be made to Third Baptist Church, 527 Allen Street, Owensboro, KY, 42301, www.thirdbaptist.com, or Hospice of Western KY, 3419 Wathens Crossing, Owensboro, KY, 42301.
Funeral services for Mrs. Mercer will be private. Glenn Funeral Home and Crematory is in charge of arrangements.
Memories and condolences for the family of Abbie Mercer can be shared at www.glenncares.com.